This app wirelessly controls an Avolites Titan theatre lighting console and is meant to offer complementary features to the official remote app: rotate your phone to control pan and tilt, run the connected cue list, ask Siri to turn on fixtures, and more! Keypad • Select fixtures and groups either by user number or visually on-screen • Locate all parameters or dimmer only • Highlight fixtures and easily switch to the next and previous ones in the selection • Control pan and tilt fixtures simply by rotating your phone in the air • Lock an axis to individually control pan or tilt Playback* • Control the connected cue list from anywhere • See the live and next cues legend • Go, go back, snap next, and snap back • Select the next cue to fire Macros** • Trigger any macro simply by tapping on it • Add macros to your favourites and find them easily at the top of the list • Favourites are compatible between all show files Shortcuts*** • This app is compatible with the built-in Shortcuts app from Apple • Turn on a fixture, clear the programmer, or trigger a macro • Use Siri (this means you can ask Siri to turn on a fixture, totally hands-free) Settings • Your eyes will thank the appearance setting, allowing you to switch between dark and light • Select which tab to open on app launch • Prevent the display from going to sleep while you're focusing lanterns and don't want to unlock your phone every two minutes Requirements • This app is currently compatible with Avolites Titan 11, 12, 13, and 14 • All Avolites Titan consoles are supported except Titan One and T1 • The Avolites T2 requires Avolites Titan 12.1 or later * This feature requires Avolites Titan 14 or later. ** Due to the fact that, for the moment, the remote is running on a different interface than the real console, some macros will have no effect at all when fired (especially all the ones related to the user interface). Don't buy this app (for the moment) if this is your only goal! *** This feature requires iOS 13 or later. This app is not a product from Avolites Ltd. 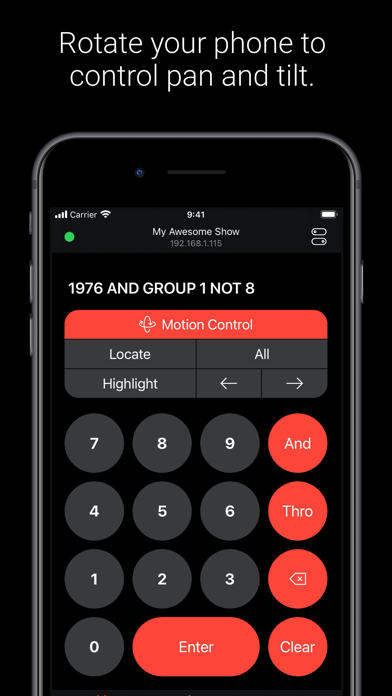 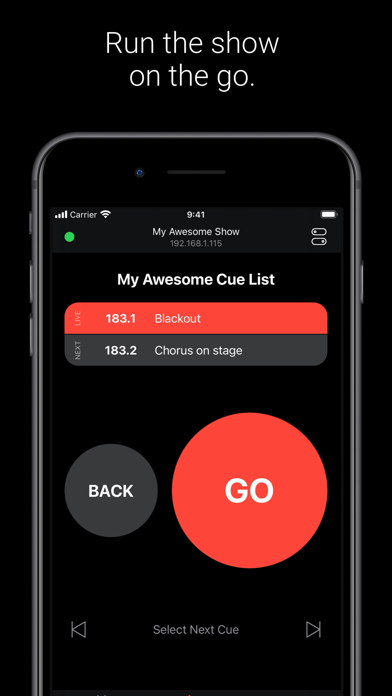 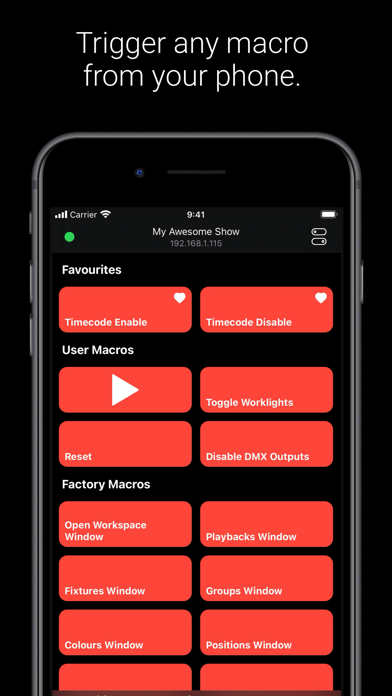 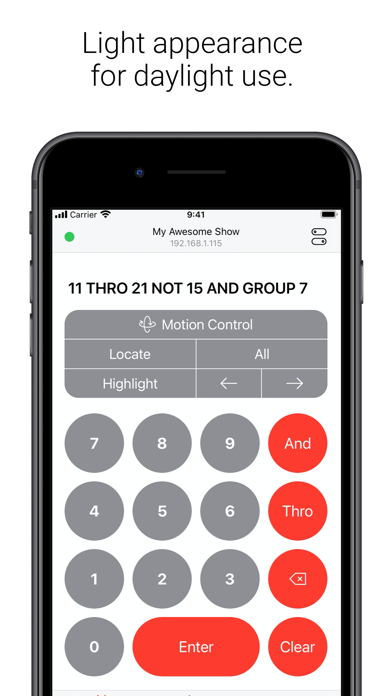 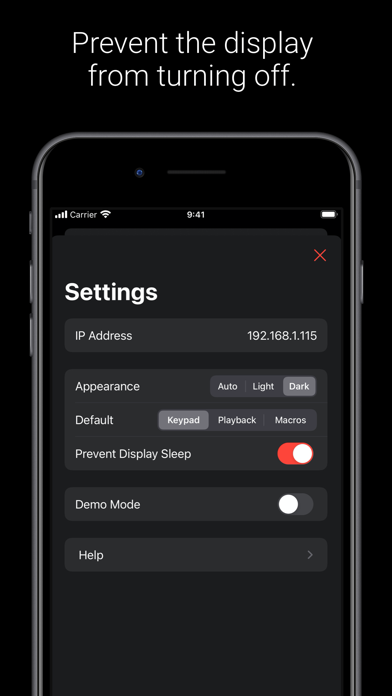