DiplomatSolitairePro is one of the most interesting and difficult solitaires. It is similar to Beleaguered Castle. You have 8 tableau piles with 5 cards per pile and 8 foundations. The remaining cards form a stock pile. Aces are moved to the foundations as they become available. The object of the game To build the foundations up in suit to kings. The rules Only the top card of each pile is available for play. You may build tableau piles down regardless of suit. You can move any single card to a tableau from another pile, the stock or foundations. Cards can be moved only one at a time. When any tableau is empty you can fill the space with any available card. When you have made all the moves initially available, begin turning over cards from the stock. You can move cards from stock to the tableaus and to the foundations, according to the rules. You win when all cards are moved to the foundations. There is no redeal. Comment The rules state that you can move only one card at a time. But as a shortcut, BVS Solitaire will allow you to move a full or partial build if there are enough empty tableau piles, because you would have been able to get the same result by temporarily moving the extra cards into the empty tableaus. 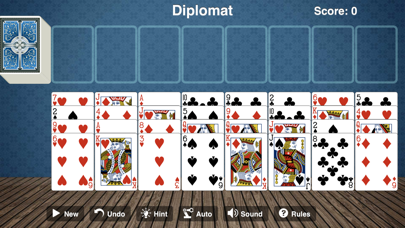 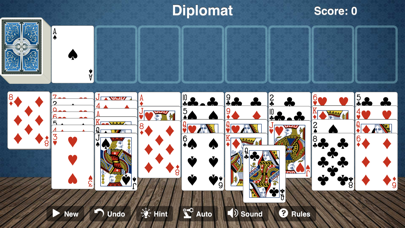 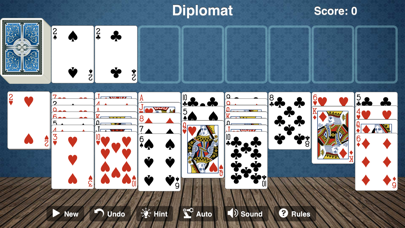 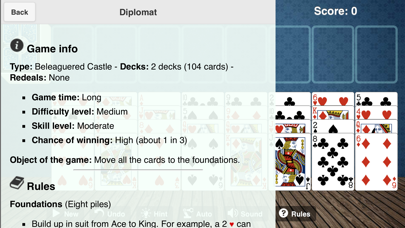 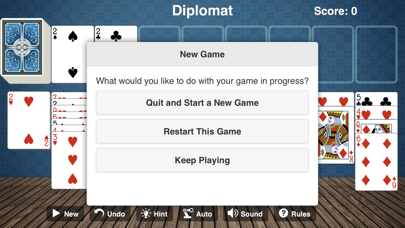 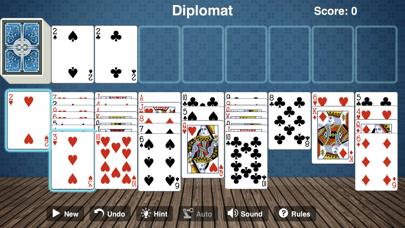